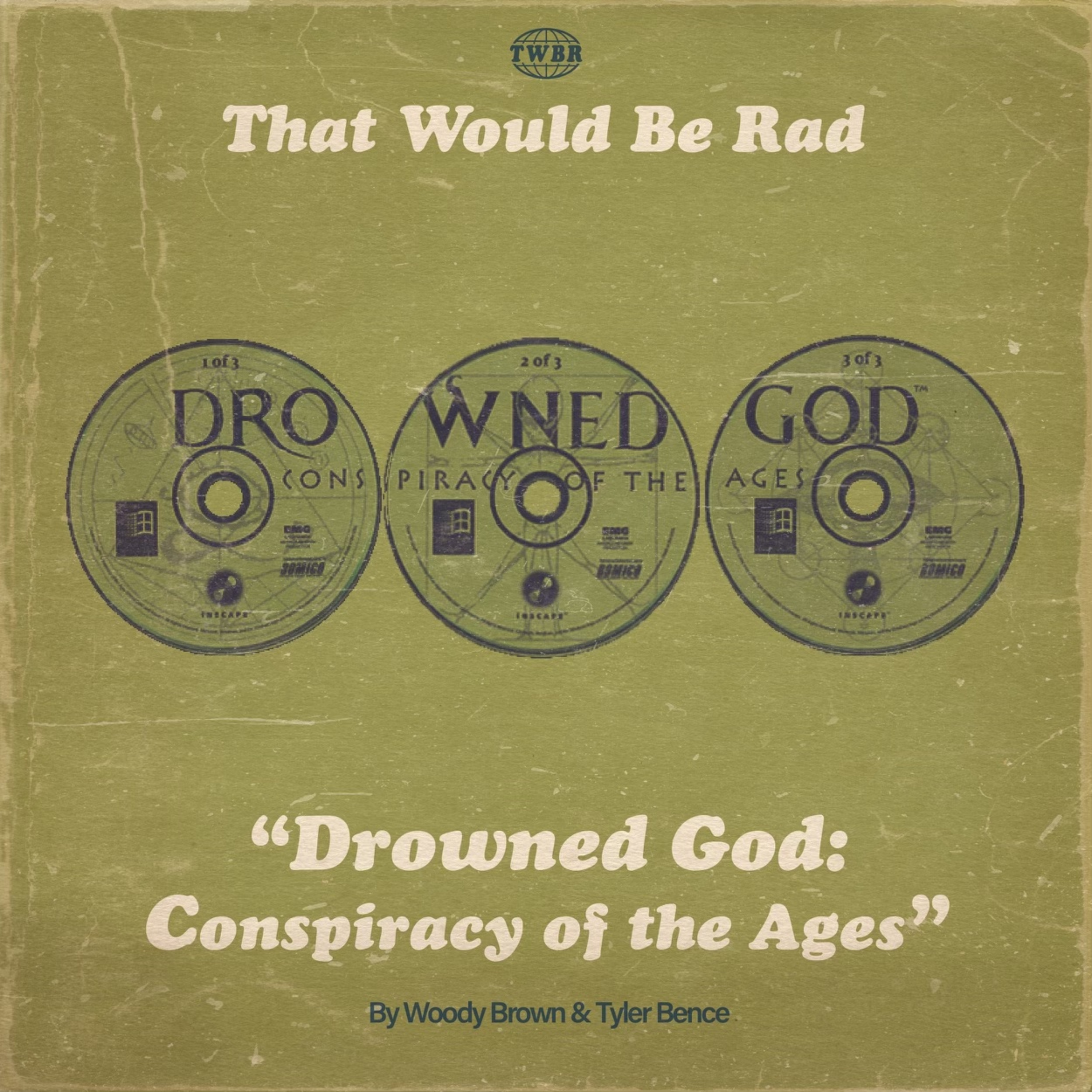 A few weeks ago Woody began reminiscing about old computer games he played in middle school and high school.
In the 90's computer games evolved from the more simplistic (like Oregon Trail) to the more complex (such as Wolfenstein 3D, Duke Nukem 3D, and DOOM).
Even though games had taken a more three dimensional game play - the rise of the "point and click" format took a strong hold.
Like most trips down "memory lane" Woody re-discovered a "point and click" game he hadn't thought about since the late nights he spent playing it at his high school buddy's house back in 1996.
He remembered it being very creepy, very weird, and super intriguing.

It wasn't until he began to dig a little into the game itself that he realized the true story behind the game, and most importantly the game's creator was far more captivating than he had ever known.

Join us this week as we discuss DROWNED GOD: CONSPIRACY OF THE AGES.
This game covers it all...ancient aliens, conspiracy, the Great Flood, the Library of Alexandria, the Knights Templar, the Philadelphia Experiment and the link to other dimensions...plus, the truth about Human History.