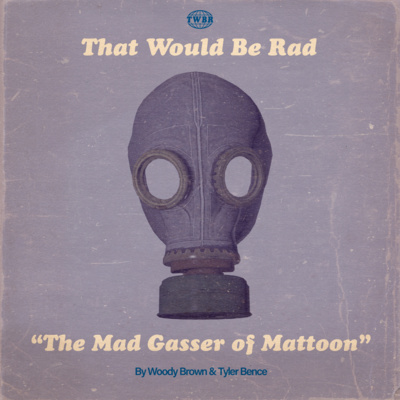 It was 1944...anxiety was at an all time high in most of the United States as World War II raged overseas.

Rumors of spies and sleeper cells whispered across small towns. So many households were left with mothers caring for their children and simultaneously working to do their part for their family or the war effort, or sometimes both.

In late August, 1944 in the small industrial Illinois town of Mattoon...the town came face to face with terror in their own tiny neighborhoods.

A strange figure lurking in the dark - peering through windows late at night, wearing dark clothes, a strange mask or hat, and presumably gassing victims - one house at a time.

Townspeople reported strange odors permeating through their homes - causing symptoms such as paralysis, nausea, weakness, disorientation, coughing, and sometimes loss of consciousness.
With most of the men fighting courageously across the sea, the women were left vulnerable, and alone.
The perfect scenario for a deranged, yet potentially brilliant mind.
Who was this Phantom Anesthetist?
Who was this Anesthetic Prowler?
Why did the attacks subside after more than 2 dozen households affected by the strange gas?

Join us this week as we explore the legend of THE MAD GASSER OF MATTOON.