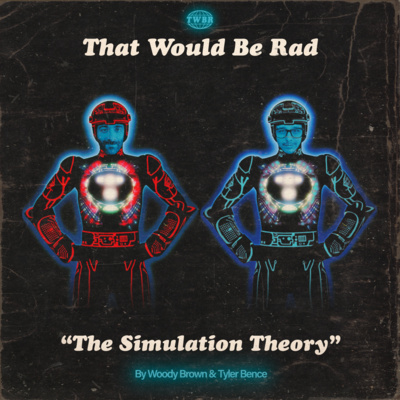 Are we all living in the most realistic video game of all time? I’m not sure.
While looking into the idea of reincarnation and having a conversation about past lives, our conversation continued, evolved, and was impossible to ignore talking about the SIMULATION THEORY or SIMULATION HYPOTHESIS.

While seemingly a relatively modern concept (perhaps because of the usage of terminology like “computers”) it’s actually been thought about even as far back as Zhuang Zhou in 370 BC, and even perhaps in Plato’s “Allegory of The Cave”.

But, it seems that within the last several years the idea of our reality actually being part of a simulation is being discussed more and more.
Mathematicians, modern philosophers, and thought leaders around the world have been weighing in, and of course, something that has become so ingrained in our cultural zeitgeist, the movie: The Matrix.

Are we living in a simulation? What exactly does that or would that mean?
Can we find clues in culturally significant religious texts?
What sort of scientific approach and evidence can be found to support this theory?
Does this mean that everyone is tipping toward a chaotic destiny if they discover that they’re simply a “sim”?
Does this theory become the answer to so many unanswered questions like:
UFO’s, cryptid creature encounters, ghosts and the paranormal, deja vu, reincarnation, memories of a past life, dreams in general?

These questions and more are what we aim to find out on today’s episode!

Thank you so much for listening to our show...and as always: BE RAD!