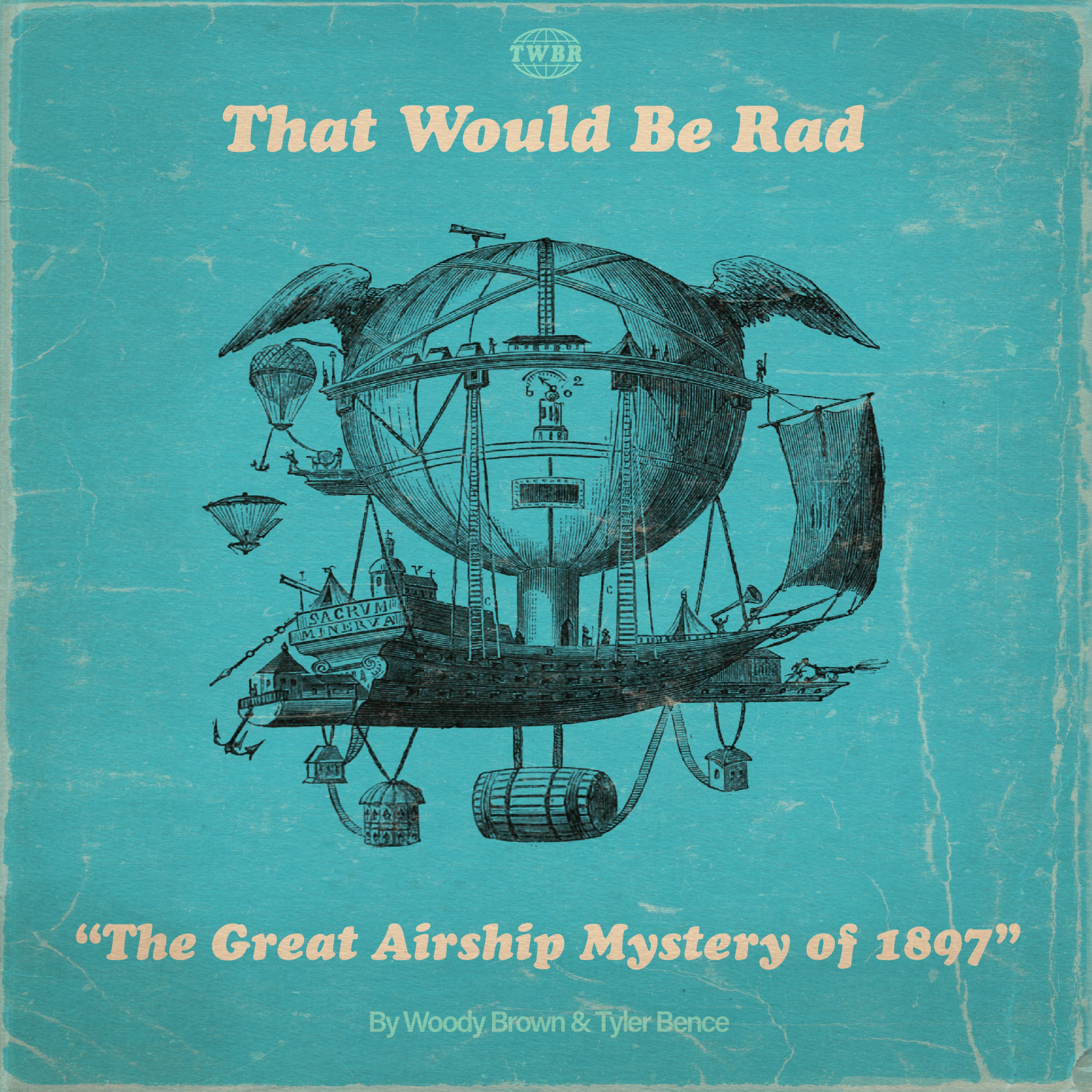 For two years between 1896 and 1897, the skies of North America were invaded by a wave of airships. Some looked like UFOs as we know them today, while many more resembled futuristic dirigibles.

Did a Martian crash-land in Lanark, Illinois?
Was the dream of a little girl taken aboard a space craft by “little men” just a dream, or the repressed memory of an alien abduction?
What was the airship that one witness described as “Noah’s Ark returned to Earth”?
Did an Illinois storekeeper really manage to photograph an airship, and if so, where is the photo today?
And finally, were the humanoid pilots of the airships inventors from the time period, aliens in disguise, or time travellers from the future just trying to “blend in?”

Find out on this week's episode of That Would Be Rad.