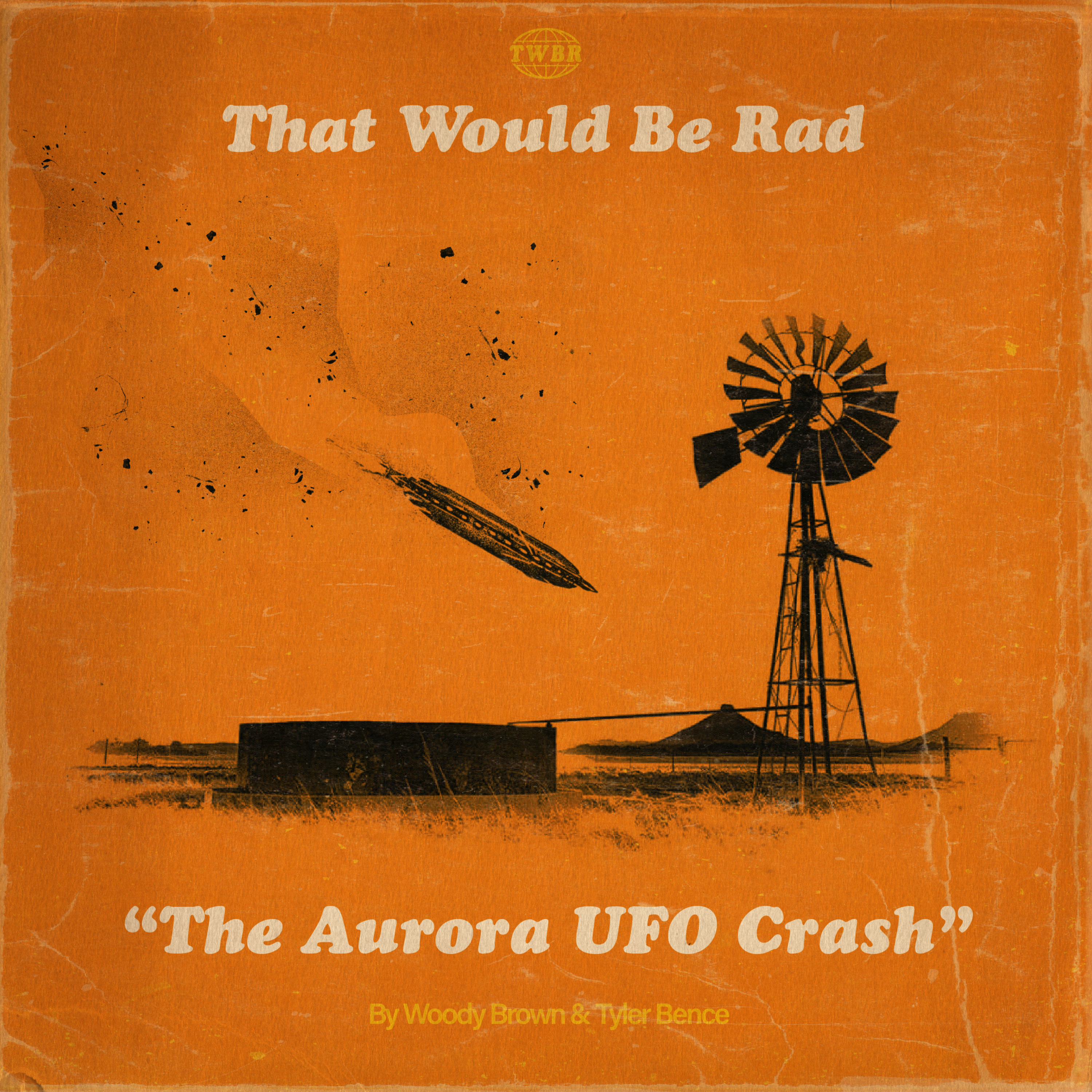 When you hear the phrase “UFO crash,” you probably think of Roswell, New Mexico in 1947.
But - slow down a second...did you know that 50 years earlier on April 17, 1897, a mysterious "airship" allegedly crashed in Aurora, Texas?
Not only that but The Dallas Morning News reported at the time that the airship pilot, who was killed in the crash, was “not an inhabitant of this world.” The body of the reportedly alien pilot was buried in the local cemetery.

Now, you might dismiss this all as a TEXAS-SIZE TALL TALE... But, before you do know this: in the 1970s reporter, Jim Marrs managed to track down and interview a living eyewitness to the Aurora airship.
Was this little Texas town the site of one of the first UFO crashes in US History? You'll have to listen to decide!

We hope you’ve been enjoying your stay this summer during our “CAMP RAD STRANGENESS”.