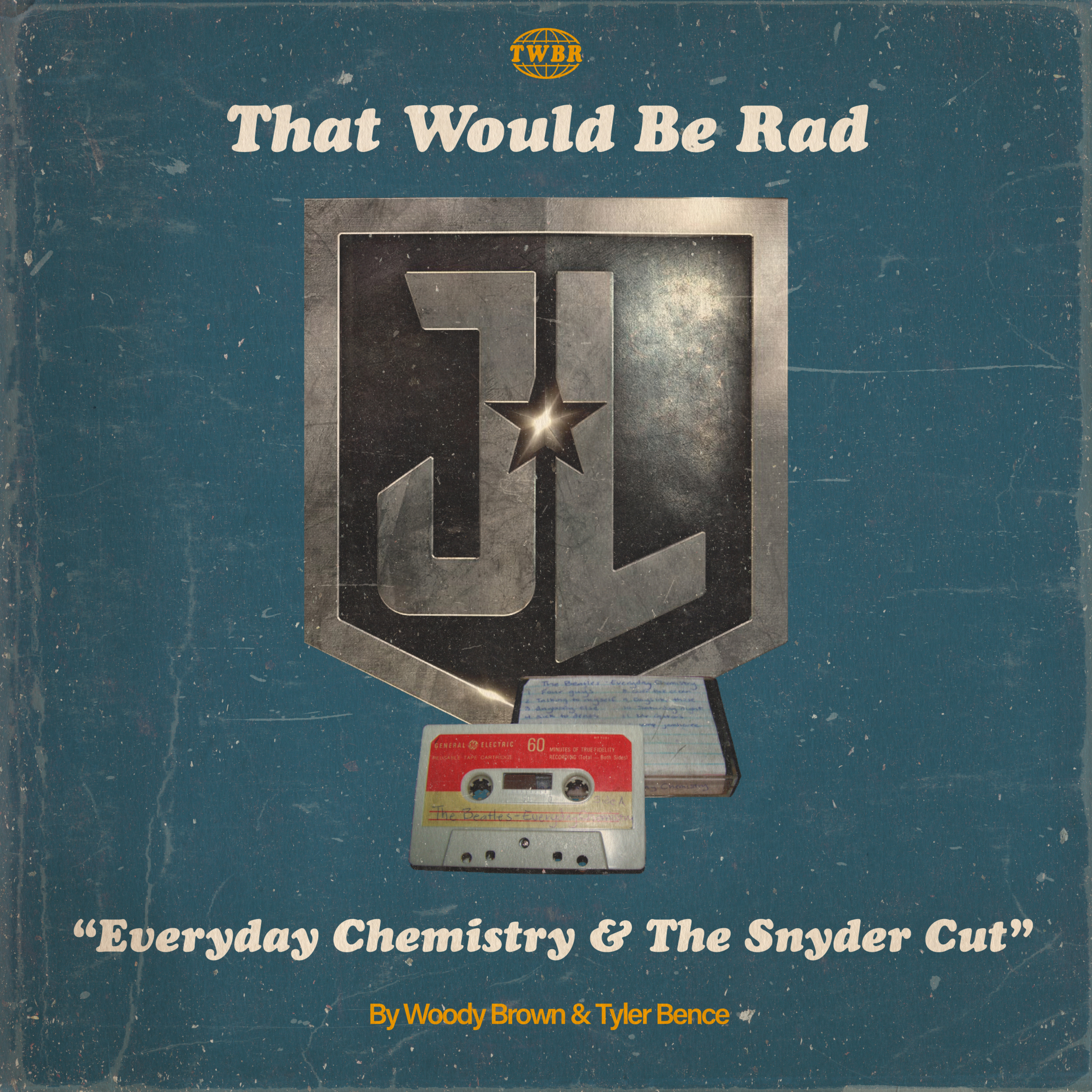 This week Tyler FINALLY pulls off being able to completely surprise Woody with a story without even so much as the slightest hint.
Not only is this a miracle in and of itself (because of how TERRIBLE Tyler is typically with spoilers) but, turns out it's a pretty fascinating story that Woody (a HUGE Beatles fan) has never heard about...
We dive into the unknown, never-before-released Beatles album EVERYDAY CHEMISTRY - well, at least never-before-released in our dimension.
We'll go into the origins of this strange record, how it was "discovered" by a man that goes by JAMES RICHARDS, and the interdimensional traveling man named JONAS who allegedly comes from a dimension where The Beatles never broke up + are still touring regularly.

Before we get into this strange tale together - Woody and Tyler go over what they thought about the Snyder Cut of the Justice League.
Why does the Snyder Cut exist anyway?
Is it worth sitting through 4 hours of the Synder cut?
What does the existence of the Snyder cut mean for all of us comic fans?

Get these questions answered and more on this week's episode!

Thank you for listening and BE RAD.
---
SHOW INFO